Most carotenoids have an antioxidant effect, and antioxidants play an important role in health. Numerous studies have been done on the benefits of antioxidants like beta-carotene, CoQ10, and vitamins A and E (to name just a few). It is only recently that zeaxanthin has become better known to the health-conscious public.

Zeaxanthin (pronounced zee-uh-zan-thin) is a carotenoid found in fruits and vegetables. There are about 600 known carotenoids, of which 40–50 are common in the human diet, and zeaxanthin is one of the few that can be measured in our bloodstream and other tissues.

There is a high concentration of zeaxanthin in the lens and retina of the eye, along with lutein, a closely related carotenoid. Zeaxanthin and lutein are also known as the macular xanthophylls. They are the only carotenoids found in those areas, and their main role in the eye is to provide protection against ultraviolet (UV) light. Zeaxanthin has been studied for potential uses in preventing eye conditions such as age-related macular degeneration (AMD). There is evidence that people with higher amounts of zeaxanthin in their diet have a lower risk of AMD. However, the results of a major study by the National Institutes of Health, released in 2013, showed that taking zeaxanthin supplements has little effect on preventing AMD, except in people who get very low amounts of it naturally in their diet. Read more about that study at https://www.nei.nih.gov/areds2.

Zeaxanthin is also found in high concentrations in our skin, where it helps reduce the effects of UV exposure. The benefits are obvious. Aside from the risk of skin cancers, UV-A radiation causes loss of elasticity, resulting in wrinkles, while UV-B causes skin inflammation and increases the risk of sunburn. Overexposure to UV radiation compromises our skin’s natural defenses and makes it more susceptible to damage. The result is premature aging. Yes, unfortunately we all know our skin will change as we age. It becomes thinner, loses its elasticity, and does not retain moisture as readily. This leads to dry and sagging skin. Layer that with years of exposure to the sun, with its photoaging effect, and skin needs all the help and protection it can get. Zeaxanthin is one of the resources the body uses to provide that protection. One study compared the effects of photoaging on mice supplemented with zeaxanthin and lutein versus unsupplemented mice. The results showed these carotenoids provided skin protection against photoaging related to UV-B exposure.

Jump to: How to Perform a Chemical Peel: Guidelines & SOPs

So how do we take advantage of zeaxanthin? There are many supplements available, but as mentioned above, it is far more benefi cial to get your zeaxanthin and other carotenoids by including more vegetables in the diet, compared to taking a pill. Most zeaxanthin supplements only contain a tiny fraction of the amount we can get from just eating a salad. Think deep green leafy vegetables!

One cup of spinach has about 30 milligrams of combined zeaxanthin and lutein, and kale comes in second with about 26 milligrams per cup. Other good sources include collards, dandelion greens, mustard greens, and turnip greens. Lower but still signifi cant amounts can be found in broccoli, corn, peas, pumpkin, and squash. We should all now be craving a nice, big salad. Enjoy! 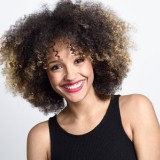 How to Perform a Chemical Peel: Guidelines & SOPs